Don devotes a substantial portion of his practice to labour relations matters. He regularly appears before courts of various levels, the Ontario Labour Relations Board and at grievance arbitrations. Don also negotiates on behalf of management for first-contract situations and renewals of collective agreements.

In addition to labour law, a significant portion of his practice is dedicated to education law.

Don has been engaged in the academic community as both a clinical instructor and a lecturer at Lakehead University’s Bora Laskin Faculty of Law.  As a clinical instructor, Don lead sessions on Professional Responsibility dealing with the Rules of Professional Conduct of the Law Society of Upper Canada and the developing jurisprudence in the area of legal ethics.  Don was also a sessional instructor for the Faculty’s Labour and Employment Law Course, dedicating half of the course to the field of Labour Law and the other half to Employment Law and Litigation.

In the 1980 – 1981 academic year, Don was an associate professor at Osaka Gakuin University in Japan, instructing in the fields of Comparative Law and Anglo Canadian-Japanese Legal Systems.

Don is a Certified Labour Law Specialist in Ontario. 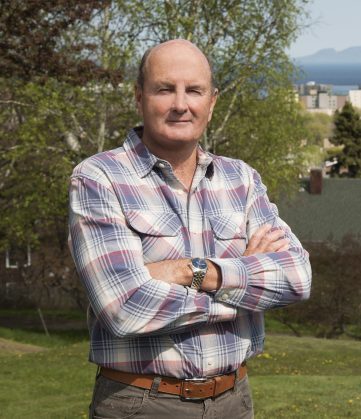